“Project X” was not the name of this title but since the title was never officially announced, the community called it “Project X”.

In early 2007, Stray Bullet Games announced that it has begun development of a new massively multiplayer online (MMO) game based on an original intellectual property conceived in-house.

The game is set in a world where traditional elements of high fantasy are mixed with motifs taken from science fiction to create a wild new MMO experience called future fantasy.

The new project will contain a fully-realized, ongoing online conflict that combines furious action with tactical and strategic game play. In the game to come characters and guilds will engage in meaningful, exciting, and fun mass combat. This will give players something to work for beyond individual character advancement and help create a Player-Driven World. 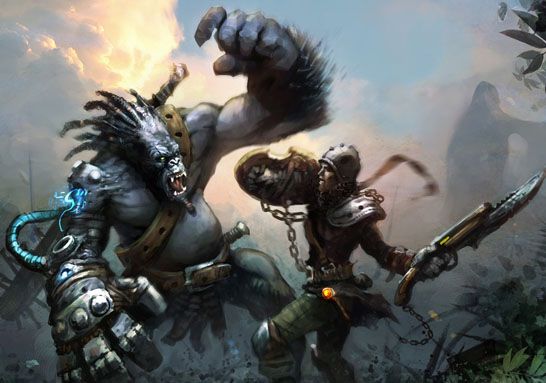 January 2007 – Stray Bullet Games has begun an exciting new era with the development of a new massively multiplayer online (MMO) game. The new project is based on an original intellectual property conceived in-house, and while the concept phase is ongoing we are actively developing a proof of concept prototype.

With this new project, Stray Bullet is committed to creating a fully-realized, ongoing online conflict that combines furious action with tactical and strategic game play. In the game to come characters, guilds, and global factions will engage in meaningful, exciting, and fun mass combat. To realize this vision the team is drawing upon our experience, the lessons learned developing and supporting Shadowbane, and is looking outside the MMO genre to strategy and tactical games for inspiration.

“While it is still too early to release extensive details on the game,”says Frank Lucero, Vice President of Product Development and COO, “we have a firm hand on what the game will and will not be. We have taken what we’ve learned and applied it to every aspect of the design and development of the game.”

Mike Madden, the Creative Director, had more to say about the design process for the new project. “We have two guiding principles: Rely upon the familiar and Be bold.” Madden explained further; “In setting, systems and game play, we want to build on a firm foundation of features that are familiar and comfortable to MMO players, making the game as inviting and accessible as possible. We see no need to innovate in areas MMOs already do well. At the same time, in areas that do require innovation to achieve our goals, Stray Bullet will never think small.”

Stray Bullet has already decided not to create its own game engine. “We are dedicated to using middleware technology solutions whenever possible,” says Ala Diaz, Stray Bullet’s Technical Director. “This lets us minimize risk by focusing developer efforts on fun game play and entertaining experiences instead of new technologies and MMO infrastructure.”

One of the key aspects of the new project is its look and feel. “Our goal is to create a dynamic art style that is timeless, and that will create passion and excitement within the studio and MMOG community,” says Ivan Enriquez, the Art Director at Stray Bullet Games. “We are building an unbeatable team of highly talented artists, with years of industry experience. We hope you find this small sample as exciting as we do.”