Shadowbane: Rise of Chaos is the first expansion pack for Shadowbane. As the forces of Chaos snake further into Aerynth, they desecrate all that they touch. Untold dangers await those brave enough to venture into the depths of this bitter world. Dare — and encounter more than 30 menacing new areas, abounding in corrupted creatures and demons of all description.

Seek the graces of the Nephilim — a strong, intelligent race gifted with flight and anthropomorphic powers. Armed with formidable casting abilities, the Nephilim can make fearsome foes — or invaluable allies.

As the foul armies of Chaos scour the cursed land, new classes arise to thwart or abet them. Challenge Doomsayers — priests of the Dark Lords who wield the power of Chaos — or play as a Sentinel — stout, holy warriors sworn to purge the world of Chaos.

Beware the infernal powers of the Darksworn — loyal underlings to the Dark Lords — and evade the path of Conjurers — monstrous pets that summon Chaotic entities. 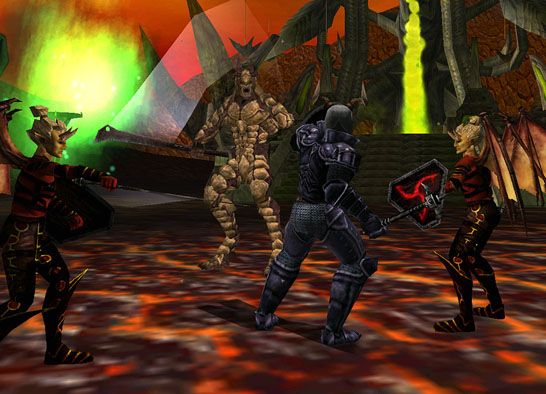