Shadowbane: Throne of Oblivion is the second expansion pack for Shadowbane. Ithriana, the ancient and powerful Lich-Queen, has seized the sword of Shadowbane. As legions of vampires, shades, and ghouls teem from her realm of Oblivion, mighty new powers and classes must rise to defy them.

New vampire race and disciplines: Taste the seductive power of playing as a vampire – and breed virtual sub-races through Vampire Bloodlines disciplines. 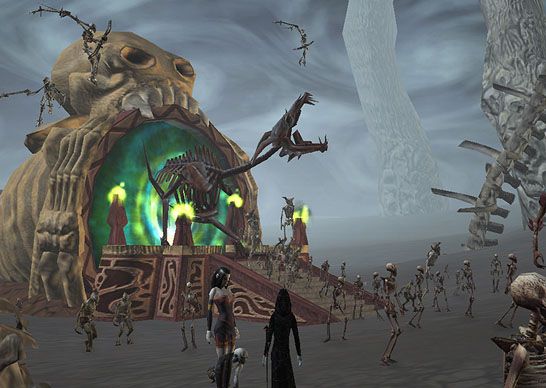